Weekend Plans in Sydney | Cruising, Dining and So Much More

Who doesn't love a fun weekend out in Sydney, spent with your favourite people? When it comes to planning a memorable weekend in the city, most people try to steer clear of the tried and tired weekend activities in order to follow up on the current holiday trends in the city. If you're planning to head out this weekend, here are some amazing and trendy activities that will make you feel refreshed and boosted or another week.

Indulge in a Harbour Cruise Lunch

The famous Sydney Harbour is one of the favourite weekend destinations for Sydneysiders. The place is home to many big and small businesses that target the visitors and there is always something new coming up at the harbour. However, if you're still skeptical of finding a new weekend activity around the area, here is a suggestion for you that must have not crossed your mind. If you don't mind spending a few extra bucks for having a fun and relaxed weekend, get on board a Sydney lunch cruise that you are sure gonna love! These cruises are a pretty decent way to go sightseeing in Sydney; take in the amazing views of the Harbour Bridge and the Opera House from up-close while you enjoy a freshly prepared meal served hot to your table. Most cruises at the harbour cruise also have fully licensed bars on board that serve you some of the best available beers, wines and spirits. A harbour cruise lunch, although a popular trend in the city, is not something every Sydneysider would have experienced. And if you are yet to hop aboard one of these vessels, this is your cue! Book your tickets right away!

Situated on the little corridor between Victoria Roads and Livingstone in Marrickville is Sydney's 'Little Greece', a newly christened area that was once home to thousands of Greeks. It is recorded that the corridor was once occupied by Greek immigrants who built their homes in the suburb during the 1950s and 60s. Visit Little Greece to learn more about the heritage and cultural contribution of the Greek to the city. In fact, it is believed that Marrickville was the birthplace of Australia's multiculturalism. And did you know? Marrickville was voted out as one of the coolest neighbourhoods in the world in 2020? The place is also known for its many amazing eateries, coffee places and shopping spots. For an upbeat and trendy time out in the city, head over to Marrickville.

Gobble Down a Market Breakfast

Sydneysiders love eating outdoors and you will find numerous dining precincts that make the foodies explore and inspire the chefs in the city. The foundation of Sydney's food culture is laid on its vibrant multiculturalism and there are quite a few markets in the city that are becoming a favourite haunt for the foodies. To start your weekend on a good note, a sumptuous breakfast from Orange Grove Organic Food Market is a great choice. Another place where you can gobble down a wholesome breakfast is at Northside Produce Market. Don't miss their Israeli salad and corn fritters. Ramsgate Foodies and Farmers Market is yet another locale that is worth visiting with an empty belly and a full wallet. Some of the other markets that are worth visiting here in Sydney are Bondi Farmers Markets, Marrickville Organic Markets, Cambridge EQ Markets, Double Bay Market, CarriageWorks Farmers Markets, The Rocks Markets, Sydney Vegan Market and Ryde Wharf Market.

Make the most of this upcoming weekend in Sydney with these trendy holiday activities in Sydney. You can thank us later! 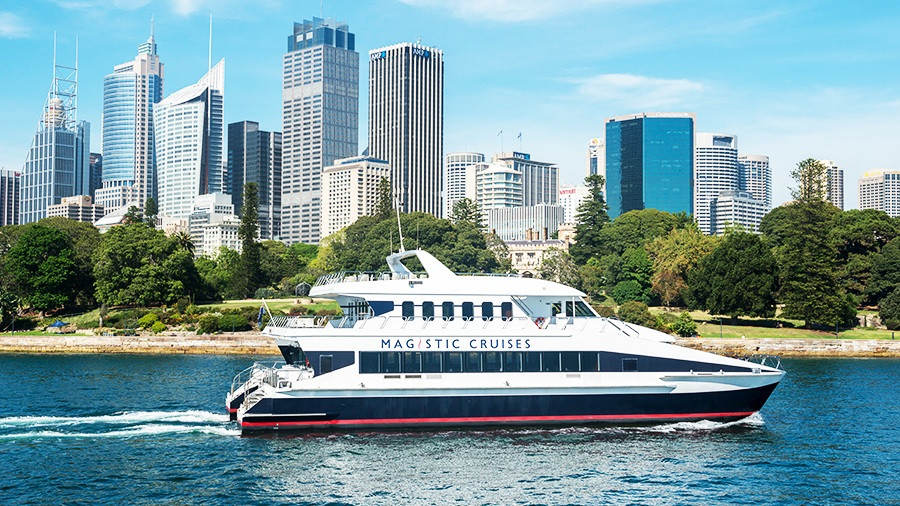 Sydney lunch cruise
Tweet
How do you feel about this post?
Happy (0)
Love (0)
Surprised (0)
Sad (0)
Angry (0)
Wonderful Festivals To Experience In the World
Fantastic Experiences Waiting For You in Sydney