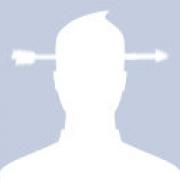 Romania national team earned the ticket for major competition for the first time since 2008. They won second place in the group F, suffering no defeats in ten matches. That quite notable achievement shouldn't be overestimated.

The first thing that strikes an eye is that all team could be happy with the draw, but some of them couldn't use the opportunity. Romania didn't have any notable achievements in recent years and used the chance for advancing for the final stage. They won one of the key qualifiers in the first match on the road against favourites Greece after Ciprian Marica goal from the spot. Greece failed the entire campaign, while Romania avoided slumps. Consistency was the main reason why Romania advanced for the main event according to bet4rate.com experts.

Romania started qualifiers under Viktor Piturca, but he left the post after two matches. The reason of his departure wasn't result of the team but discordance of opinions between the federation and the coach. Sport prediction expert expected a decline in results, but replacement Anghel Iordanescu dealt with tough situation properly. The manager took the team in change for the third time and improved the level of organization within the team. We should note the players, who followed each order of the head coach.

Romania haven't showed vivid performances, which attract fans across the world. Iordanescu's men had scored just 11 goals and 10 games. However, they suffered only 2 goals in campaign. Pragmatic approach helped the team to gain the objective and take important wins. Five victories and five draws in the group with Finland, Greece, Northern Ireland, Faroe Island and Hungary isn't the best achievement. The decisive factor was zero losses. Now, Romania have to get ready for Euro and try to show solid results in France. They are under no weight of expectations and this is their advantage.

Tweet
How do you feel about this post?
Happy (0)
Love (0)
Surprised (0)
Sad (0)
Angry (0)
5 lively train journeys in India
A Walk through the French Colony of Pondicherry