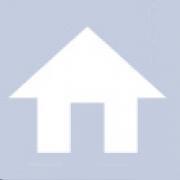 The Engagement Ring of Today!

It is believed that the tradition of the engagement ring was first documented and originated from the Roman custom in which wives wore rings attached to small keys, which portray their husbands' ownership.

In 1477, Archduke Maximilian of Austria commissioned the very first diamond engagement ring on record for his betrothed, Mary of Burgundy. The ring is presented as a gift by a partner to their prospective spouse when they propose marriage. It is a formal agreement to future marriage.

Over the past decades or so, a phenomenon has begun to emerge in the engagement ring world, whereby couples purposely try to go for the most original and unconventional available wedding engagement stones. Such commonly seen right now are black diamonds, pearls and even uniquely design wood that challenge the long-established diamond and gold props, which actually to a certain degree is successful.

One of the noticeable and latest aspirant right now and certainly growing are the turquoise gemstones used for engagement rings. This stones has long been a for those who are seeking for unique and sophistication; it has its elegant look. Turquoise gemstones have a very special role in our history and it passes on through stories and legends.

Turquoise to both a and gemstones, the turquoise usually denotes a greenish hue, though there are several more or less blue-tinted variations, a "pure" turquoise is the same as the gemstones it derives its name from. Other shades include medium turquoise, dark turquoise and pearl mystic turquoise, although, these are seen less frequently. Historically, the word derives from the French for "Turkish", a connection justified by the fact that most turquoise stones were originally imported from Turkey, later own, this blue stone become quite famous among the rich classes in Western culture.

Today, turquoise continues to retain its popularity and reputation as a symbol of sophistication, class and wealth, which might explain the popularity of turquoise engagement rings among the fashionable couples. The visual impact of this hue when worn on the finger, either with or without any accompanying stone is undeniable, relatively uncommon for an engagement band which makes it different among people looking to set themselves apart from the usual gold and diamond crusader.

In ancient time and culture, turquoise gemstones were traditionally linked with good fortune and protector. For couples looking to protect the good health of the relationship and adorn it with luck might be interested in getting one of these stones to top their band. It comes as no surprise then that turquoise is on the rise within the engagement ring world. Its unique combination of visual appeal and mysterious meaning continues to captivate couples around the world.

As of this time in this changing world, we can't predict the future, but we do expect that some of the trends we're seeing in engagement rings today will continue for quite some time. Couples wanting an engagement ring that's unique and says something about their style, whether that means antique, a custom design, or a classic look that they're given a little tweak by choosing a different color of metal or an unexpected gemstones, we are confident that the trend shows no signs of turquoise of slowing down.

Christine Nadela is the owner of the Forever Turquoise Jewelry. Her love for leads here to venture into the industry. She helps run the business dotingly. You may browse their website at http://www.ForeverTurquoiseJewelry.com/

Mary of Burgundy Engagement Ring
Tweet
How do you feel about this post?
Happy (0)
Love (0)
Surprised (0)
Sad (0)
Angry (0)
Being Beautiful, Confident and Comfortable – Women...
It is Blue, It is Turquoise, It is December Births...