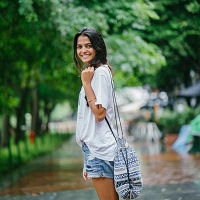 Top Things to Do in Halifax, Nova Scotia

Halifax is a city nestled close to the water, which gives it a different feel than some other cities and towns in Canada. It also has a strong homebrewing culture, along with many breweries and bars. So, whether you enjoy dining out on fresh local seafood or trying out local brews, taking a flight from Toronto to Halifax with Fly Porter to make a visit is highly recommended.

There are plenty of things to do in this former maritime town. So, let's see what you can do in Halifax, Nova Scotia.

A visit to the Alexander Keith Brewery is almost a rite of passage. Keith served as the mayor of the city three times. While the beer production facility is now located elsewhere, the original site on Lower Street just down from the waterfront is a convenient place to visit in the city.

The property retains its historic charm. Playing up the history of the brewery, which was founded in 1820, visitors will discover actors on-site guiding guests around the property, providing a potted history of what's happened over the decades and insight into the brewing procedures followed to this day.

The period costumes donned by the actors set the scene well for visitors who can get into the whole historical experience before enjoying some music, old stories, and a few samples of the local beer for good measure. After all, what good would a visit to a brewery be if there weren't liberal samples to imbibe? We suggest getting a taxi to the brewery and back. Tours run a full hour and operate all year; kids on the tour are provided iced tea or lemonade, in case you're worried.

The Halifax Citadel is an imposing location perched on a hillside overlooking the water below. It's had four different fortifications added since its original construction in 1856 when it was named Fort Henry. The Citadel overlooks the harbour with settlers choosing to build homes at the bottom of the hill with the fort high above it.

With the growth of the Citadel's importance and the defensive strength it gave the port, and subsequently the town too, the surrounding area expanded as supply lines developed to provide soldiers with the necessary items, along with entertainment for their time away from the fort.

Today, visitors get to explore the interior to see how soldiers lived while serving there. Walk both sides of the wall to experience the true conditions. You can also see the Halifax Citadel Army Museum, view artefacts, and learn more about what life was like.

Sentries are still stationed, and a sentry guard rotates at the front gate on a regular basis. There are old stories of ghosts haunting the Citadel and this is explored with the Ghost Tour that runs from the late summer through to October. Re-enactors in the traditional uniforms as worn in the 1800s are available for visitors, who can observe them in action. The Royal Artillery still fires off a round at noon, maintaining a century old tradition. And for the adventurous, they can live as a soldier for one day, wearing the appropriate uniform, being taught how to drill by an instructor, and carrying out the other duties of a serving soldier.

History shows that over a million immigrants passed through Pier 21 on the way to being granted a new life in Canada. The terminal for new arrivals mimics Ellis Island in the US; Pier 21 was operational from 1928 to 1971. Since it's closure, it's now been made into a historical museum.

Separate to the stories covered, there's a place that focuses on the half a million Canadians who left the local port to do battle in World War II. Some short-run exhibitions are also held within the building, as well as special events, and even ceremonies for new Canadian citizens too.

The waterfront is the place to be. Walking along the Harbour walkway it seems to be never-ending. It's a four-mile stretch, which gives you plenty to see and do. The blend of colours and building types is fascinating. It's truly historic in this part of town with Victorian buildings still standing, many of them well-maintained from the 1700s. There are also old warehouses, which are reminiscent of the trade that was conducted at one time when Halifax was a bustling trading post.

Among the buildings, several good restaurants are located here, including Gahan House and Lower Deck. There's at least one creamery to get your share of dairy products for the day too. The information center is just along the way if you want to find out more about the area. Plenty of whale watching tours and general boat tours can be booked and taken nearby. For Titanic movie lovers, the Maritime Museum of the Atlantic has a good collection of items originally on the Titanic that have since been recovered by deep-sea divers. This is because Halifax was the closest port to where the Titanic went down.

At the end of the boardwalk is Pier 21, which makes it a convenient thing to include on the same day.

When spending time in Halifax, you shouldn't miss the excellent seafood restaurants along the harbour and elsewhere in the city.

The fish and seafood are some of the freshest you'll find anywhere, and the cuisine is varied. Anyone who finds that seafood costs too much to enjoy in a metropolitan city will delight in the range and quality of the fish and seafood in Halifax.

Indeed, it's one of the reasons visitors come back to the city again and again.

For a pleasing change of pace, the Halifax Public Gardens provide a respite from other tourist attractions and the general hustle and bustle. These gardens date back to the Victoria era and span a 6.5-hectare area. The gardens are conveniently positioned in the center of the city, so they can be reached no matter where you're staying in the city.

Originally developed in 1867, they later became a site of historical significance in 1984. Designed as two separate plots, eventually, they were merged. The garden is replete with statues of people looking on wistfully and functional fountains providing the sound of water while gazing over the flowers and attractive grounds. And for music lovers, Sunday afternoon sees a free music event during the summer months too.

Halifax is an interesting city to visit. It's quite different to other destinations in Canada. It has a unique history, a different culture, and feel, and it'll take you out of your usual comfort zone too. Whether you enjoy historical sights, great restaurants or being able to walk freely in the fresh air, Halifax in Nova Scotia is a place that should be on your bucket list.

I enjoy writing and I write topics of my interest and passion. I have been doing this since my college days. My special interests are in fashion, travel and following the latest trends in these areas. You can reach me out at Norfolk Tourist Guide.

Tweet
How do you feel about this post?
Happy (0)
Love (0)
Surprised (0)
Sad (0)
Angry (0)
Why You Should Consider the Services of Profession...
Haircut Tips For Boys And Girls