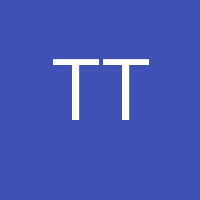 3.8 million is the number of passengers served in 2013 the airports in Varna and Bourgas, " Fraport Twin Star Airport Management" managed. This is a 5.5% more than 2012.
Main markets arriving at the airport remain Russia and Germany. For Burgas airport are Russia and Britain. For the year, the Russian market is first in number of passengers served at both airports with a high percentage of increase over the previous year. Significant growth had traveling to and from Belarus. Destination Moscow again leads the top positions in passenger numbers in 2013.
For " Fraport Twin Star Airport Management", 2013 was marked by success in Bulgaria.
It will be remembered for very large-scale investments in the construction of the new passenger terminal, which opened in 2013 and has welcomed its guests. The workrooms inside arrivals significantly are increased, as new Bourgas airport rent a car and transfers offices are more than ten.
Construction of new passenger terminals is essential for the development of both the city and the seaside tourist industry in Bulgaria. The new terminal buildings have large areas for arriving and departing passengers, modern systems of passengers and luggage, rent a car facilities, attractive commercial areas. All processes in the new facilities are automated. The project by world-famous architects and designers, aims to preserve the holiday mood of the passengers during their entire stay at the airports, combined with typical elements of Bulgarian architecture and nature. Around the terminal new parking lot was built, providing enough places for bus shuttles and renting cars.

Burgas Airport has a new record

This year Bourgas Airport reached a new record in the history of the airport - it went through almost 2, 5 million passengers, an increase of 4, 2%.
Most travelers come from Russia, and their number reached 640,000, which is 20 % growth over the previous year. About 1.5% of them book rent a car at Bourgas Airport directly on the terminal. They are followed by travelers from the UK and Germany.
Traditionally the strongest months of Burgas Airport are July and August. On August 9, one day are served 37,579 passengers.
The top three most preferred destinations to and from Burgas Airport are Moscow, St. Petersburg and London.
New directions to which the flight will be performed last year at Burgas Airport in Norway, France, Poland, Austria, Russia, Georgia, Greece and Bulgaria.
In 2013 Burgas airport operate a total of 145 airlines, of which 7 are new customers.

Growth of 8% of serviced passengers * marks the airport in 2013. Their number reached 1, 32 million passengers, making 2013 the best year since 2008.
On August 2, had served 19 380 passengers - the largest number in one day in the history of the airport.
First in passenger numbers in 2013 were guests from Russia. Compared to last year the number increased by 11%, reaching 380,000. They are followed by travelers from Germany and inland ( Sofia).
The most popular destinations on the airport in 2013 are: Moscow, Sofia, St. Petersburg. Compared to last year the interest to all three destinations is greater.
In 2013, the airport serving new destinations in Norway, Turkey, Slovakia, Poland, Denmark, Russia, Greece.
In 2013 and from the airport flight operated 131 airlines. Of these, 13 were new clients at the airport.
On March 30, 2014 at Varna Airport will launch a new regular flights to Belgrade airline Air Serbia. The flights will run three times a week, from June will become daily.

Social Media is the Most Trending Platform for Ecommerce in Bulgaria