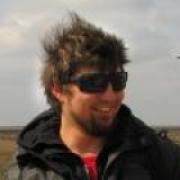 Will inform you on truth and real things no matter what.
Font size: + –
Subscribe to this blog post Unsubscribe
Print The annual report of NORML for 2013 shows the numerous medical marijuana law reforms happening in USA. Currently, 58% of the Americans support the suggested decriminalization of medical cannabis and vote against the prohibition.

The results show that the reforms are widespread all around the country. More states and countries are expected to follow soon. At the moment, there are fundamental growing medical marijuana law reforms in 21 states. 16 of them have legalized the herb possession for people over 21 years and in two states it’s legal to use marijuana for recreational purposes.

The massive change in the public opinion about medical cannabis is irreversible, which puts political pressure on the federal government. In September, some officials and leaders in the Senate gave their opinion on the topic and it became clear that the Obama Administration is not going to mess with the states that have decided to legalize the plant. Moreover, they may have the freedom to move forward with implementing full legalization schemes.

According to NORML, this decision of the Department of Justice has historic meaning and marks new era of understanding medical cannabis. Americans are expecting new law reforms across the whole country to follow in future.

How do you feel about this post?
Happy (0)
Love (0)
Surprised (0)
Sad (0)
Angry (0)
The new hotels require rent a car in Sunny Beach r...
Successful year for Varna and Bourgas airports

(7 Points)
J. Barker an on-line activist who supports the freedom people to choose for themselves. An explorer and adventurer who learned what are the benefits of growing medical marijuana seeds for recreational purposes and inhabiting the state of Colorado.

Great article. I hope here in Bulgaria we can grow marijhuana some day too!

0 Cancel Reply
Great article. I hope here in Bulgaria we can grow marijhuana some day too!
Cancel Update Comment