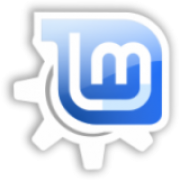 Why Acer and where is MOLTENX - Best in the world

Hello, friends,
Came a bad time for all of us and you need to stop the server. I say it is a bad time for everyone, because no one absolutely no one wins in this situation. At least you, but even malefactors who in this case are cyber criminals, led Damian Vishanov Veselin Kornovski and others involved.
For those who are not familiar with the case 4 and a half years since I was with Damian in DevilMU one we never Bustard databases or flood, we have always held the server without problems ... the worst thing that has happened to a power failure or interrupt internet for 1-2 days ...
Now suddenly I'm not pleasant to Damian because I have my own server for the first time people have more of it throughout the day, not just on special Even and he thinks I'm summoned his players to our server, which is absolutely not true - immediately started a few days dropene database until I discovered the hole and directly after it began nonstop fluudene several times a day. This can not be a coincidence, even if you have not ever played the game and do not know nothing about me nor Damian will be clear that it is not about matches and the organized cyber crime against business that first week of launch and was sabotaged by the above persons.
I had to give most of the revenue from the server to the router that ISP-it (Internet Group) recommended me but little, and I guess will filter the attacks quite a bit and they would not help me with filtering literally told me I fend for myself. Changed and the host, but every time when I was making the one problem found two more in which we can flood.

If you would not mind, you can always find me on out NoxGaming website, or in our acerfan blog.

How do you feel about this post?
Happy (0)
Love (0)
Surprised (0)
Sad (0)
Angry (0)
Travel Tips Denmark
Holidays in Burgas with Car Rental