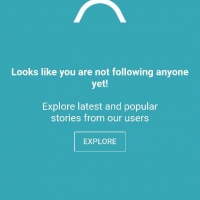 Here are some of the most important features offered in the latest version of Nodejs app development :

Whenever you update software or a tool, you always have two things in mind. First one is that what new features would you be able to see in this version and the Second thing is that for what time this version will be compatible. We will discuss its new features in the next points, but if we talk about the point of compatibility, then it is said that you won't have to worry about it at all, as the latest version which is Node v12 will get support up to 2022, which is an excellent thing.

As cars have an engine which determines the overall performance of the car, same is the case with these tools. Node v12 has the latest v8 engine with the help of which you would be able to work more efficiently on this tool.

As all the work done on this tool is in the form of JavaScript, so the main challenge for the team was to create a type of engine which will offer faster execution of JavaScript for instant results. So with the all new v8 engine, we can get the highest execution speed till now.

For higher speed and faster execution processes, management of memory is highly important. With the support of the v8 engine, we would be able to get the best memory management technology for enhanced processing.

You must have seen that when you are dealing with a large amount of JavaScript at the time of execution, they lag the most, but with the help of Node v12 and v8 engine support, this is not going to happen again ever. This v8 engine has the power to free up the memory during the runtime process so that the project can work fluently without any lag. This happens because of Node v12 ability to use the memory efficiently and ending up useless tasks during the runtime of the project.

This is a new feature that's added in the Node v12, with the help of this feature you would be able to use WebAssembly threads which helps in defining of binary codes on a non-Android device also. This will also help in making the system use more number of cores during any heavy usage. Before in the previous versions, users and app development company would have had to face several lags during runtime of a massive project.

As it's clear from the name, you must have got that these are the type of variables which can be accessed within the class. You would not be able to access it from any external source or with the help of any other tool. After that, even if you tried to access it from an outside source, then you will face an error.

Tweet
How do you feel about this post?
Happy (0)
Love (0)
Surprised (0)
Sad (0)
Angry (0)
Best Camping Experience in Sahra Desert
Effect of Block-chain on Insurance Industry

Article is duplicated, but this time passed...