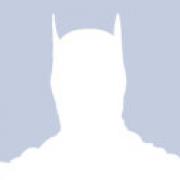 ​Australia has definitely come a long way since the day that saw the arrival of the First Fleet from Great Britain in 1788. And for Australians, their nation's progress and achievements over the last two centuries is definitely something that needs to be commemorated and celebrated.

So, every year on 26 January, bang in the middle of summer, all Aussies and visitors unite as mates under the clear blue Australian sky.

Australia has symbolically featured the Emu and the Kangaroo on its Coat of Arms primarily because these native animals can't walk backwards – highlighting Australia's desire to look ahead and move forward. And that's exactly what the nation has done!

There are many ways to celebrate Australia Day and every state does it differently. But, there's nothing quite like the Sydney Harbour Australia Day celebrations – an event that takes on gargantuan proportions with a chock-a-bloc schedule of patriotic events and activities. All you have to do is head down to the harbour that becomes an amphitheatre of colour and creativity and celebrate this national day with the rest of Sydney.

If you want to make the best of your holiday, you could book any one of the Sydney Harbour Australia Day Cruises and enjoy a relaxing cruise around the harbour as you gain ringside seats to stunning events and races that make Australia Day memorable for everyone.

The Aboriginal and Australian flags are raised on the Sydney Harbour Bridge at 7.30am with a Wugulora Indigenous Ceremony that marks the start of Australia Day celebrations.

One of the first events to grace the harbour waters is the final of the Great Australian Swim Series at Farm Cove near the Sydney Opera House that has over 1000 enthusiastic participants.

The best views of all the festivities are from the open decks of vessels cruising the harbour, so an Australia Day Cruise is something you should definitely do, at least once, if not every year.

There's nothing like cruising alongside the colourful ferries as they race to the finish line to come first in the popular Ferrython race. Then comes the inspiring 21-Gun Salute followed by the jaw-dropping aerial display by F/A-18 Hornets from the Royal Australian Air Force.

The Tall Ships race is another exciting event that pits a fleet of historic vessels against each other in a race from Bradley's Head to the Harbour Bridge followed by another aquatic spectacle, the Australia Day Regatta!

You could also enjoy the Cruising Concerts, with artists performing on two custom-built floating stages as they sail to popular locations around the harbour providing roving entertainment.

Once you've hopped off your Australia Day Cruise, you could head to The Rocks to continue the festivities. Browse through the artisanal markets with great live music that is spread over two stages or try your hand at croquet on George Street.

There's definitely something for everyone on Australia Day at Sydney Harbour… so enjoy the festivities and make the most of your holiday!

Tweet
How do you feel about this post?
Happy (0)
Love (0)
Surprised (0)
Sad (0)
Angry (0)
Going back in time to understand Valentine’s Day
Sydney summer fun at the beach & harbour