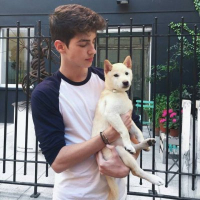 Great FAQ, answers a whole lot of my first doubts.

Gosh, this looks so complex. On the 1 hand, kudos for Phantasy Star Online 2 Meseta maintaining the original game intact so there won't be a riot over changes people don't like. However on the flip side, since they're remaking base PSO2 visuals anyhow, I wish they would just go 100 percent and synchronize character models completely. Giving old players some free style items and unlocks will be sufficient to bribe everyone to take the new system.

Synchronizing 100% personality models doesn't seem simple. The dilemma is that the old outfits and layer use are modeled to match the older pso2 body. That's not likely to occur. Well, I mean that I'd be ready to shed a certain percentage of these makeup to help keep things intact across versions. Provided that there's a steady feed of cool new stuff to replace it, I do not mind. I constantly rotate out my old appearances anyway. Provided that the character versions translate 1:1 it will still feel like mine.

I would envision a massive complication to that involves a lot of the makeup from the Western side of things that were exclusive to collaborations, promotional events, and events that no longer exist. The instance I can think of is the Monster Hunter Frontier Z collaboration where I could envision the clothing and weapons could definitely be given a visual update alongside everything else but that I do not exactly know how the licensing or how the legal side of the cooperation works where I would wish it had been as easy as Sega going through and upgrading the resources but I don't know about how much Capcom is involved in that process.

The same applies to collaborations such as the Final Fantasy XIV collaboration with Odin (which still exists as far as I know) where I do not know just how much Square Enix is involved in that for Sega to be able to update assets there. If it was only just Phantasy Star-related things (like character outfits, cameos from different games, or alternative Sega-related properties) I could envision that this likely would have been achieved, or would be done. But in the worldwide variant we don't have the existence of Cougar NX so that I don't know if there are additional complications seeing Sega's own properties which may also contribute not to upgrading everything they can within reason.

I can imagine that probably out there we'll still see someone wearing those older collaboration items even when they are not awakened to the very same criteria as new makeup in a similar manner and that there would have been outrage if it was made unusable or obsolete. Collabs that have had their makeup removed nevertheless have their resources exist on the game so those will probably still be accessible for jp players.

Tweet
How do you feel about this post?
Happy (0)
Love (0)
Surprised (0)
Sad (0)
Angry (0)
Since publishing our first story
Best Tips for Keeping Hair Healthier